Cat Nail Biting: Why Does My Cat Chew And Pull Its Nails? 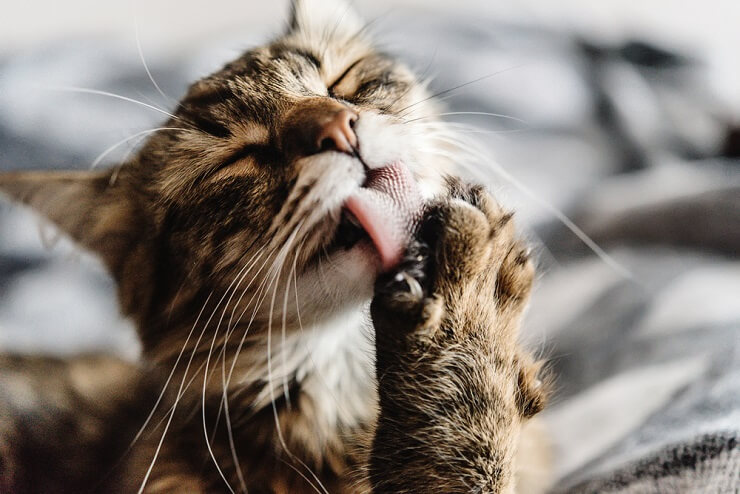 Cat Nail Biting: Why Does My Cat Chew And Pull Its Nails?

Cats display a lot of strange behaviors, many of which we might not understand. Some of these behaviors might be alarming such as your feline eating non-food items or her being suddenly aggressive and could require veterinary attention.

However, although you might have seen your feline chew or pull her claws out you might not understand the reason behind it. In fact, a common question we often get from concerned cat parents is, “why does my cat chew and pull his nails? “

In this article, we look at the some of the possible reasons behind your cat’s nail biting behavior and the action you need to take if you’re concerned by this behavior. 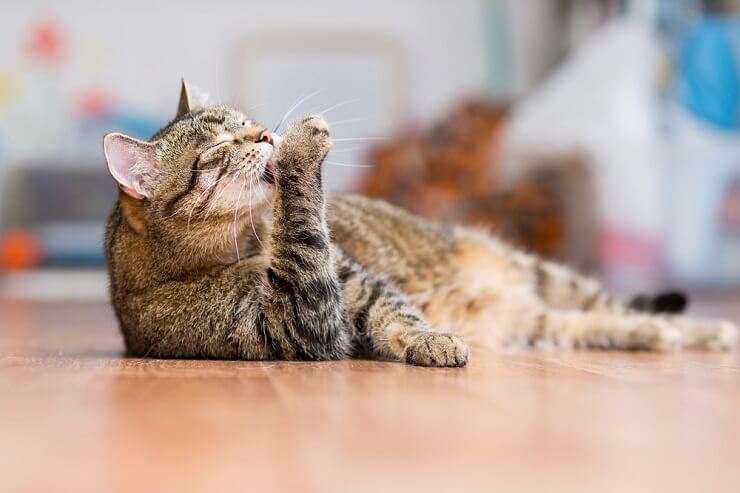 Cats are meticulous groomers and nail biting and pulling is part of normal cat grooming behavior.

When your feline is grooming herself, she will lick her paws to remove dirt and other debris stuck between her claws. If the licking doesn’t get her nails clean, your furball may resort to gently chewing or pulling at her nails.

Other times, your feline may bite her nails to help remove the outer layer. Cat claws usually grow in layers. These layers wear out from time to time and by pulling the old outer layer off , your feline is left with a cleaner and sharper nail underneath.

Normally, cats can keep their nails clean without chewing or pulling them out. When a cat has a surface to scratch on, she will often use it to keep her claws well-maintained. But if a scratching surface is not available, your cat may turn to her teeth to pull out worn and chipped nails.

It is advisable to provide your cat with a scratching surface to help her naturally shed her claws and discourage her from having to pull her claws herself when grooming. For instance, you can get your furball a scratching post, cardboard scratcher, or a rough fabric to help keep her claws clean. 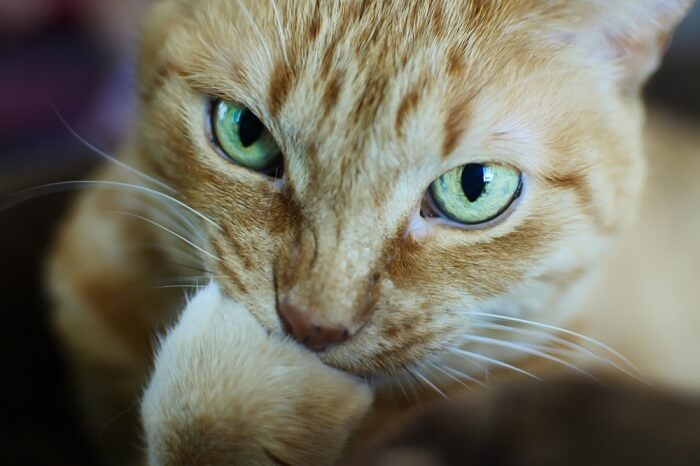 Cats just like human beings get bored and lonely. In such instances, your cat may resort to obsessive behavior. Examples of obsessive behavior in cats include aggressive paw licking, continuous surface scratching, or excessive claw chewing.

Cats will engage in such behaviors as a self-soothing mechanism to help cope with a situation they aren’t comfortable with.

To help your feline overcome boredom and loneliness, you should try and spend more time bonding and playing with her. Also, have a routine that your cat can get accustomed to as cats thrive in an environment that is predictable. 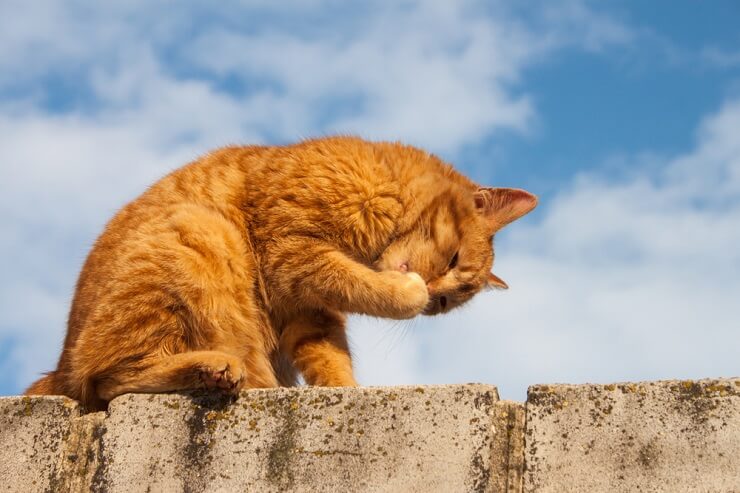 Just like people who chew their nails, excessive nail chewing in cats  can be associated with anxiety. For instance, claw biting may be observed in a cat that has recently been moved to a new environment. Also, your cat may chew and pull out her nails if you have just introduced a new pet to the family. Other causes of anxiety may be loneliness when you leave your cat alone for too long or because of fights with  other pets in your home.

To lessen anxiety in your feline, you’ll need to deal with the underlying cause. For instance, in a multi-pet household, setting up different spaces for the animals  such that they don’t have to share resources like food bowls and litter trays can reduce fights.  Providing your indoor cat with plenty of mental stimulation can reduce her anxiety when you aren’t in the house.

Appeasing pheromones such as Feliway can be useful for stressed animals making your home more cat-friendly. Medication can also help calm your anxious cat down in some circumstances. Consult your vet to determine the type of mood stabilizing medication to give your cat. 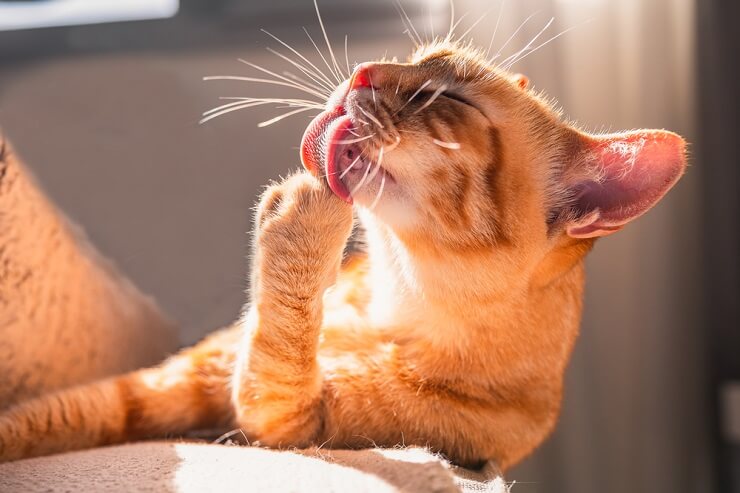 Chronic nail biting may also be caused by an underlying medical condition.

Some common cat illnesses that can lead to excessive claw chewing and pulling include:

In most cases there is usually no cause for alarm when your cat bites her nails.  It only becomes a problem when the behavior becomes obsessive.

Many   Cats may pull and chew at their  nails as part of their normal grooming routine. However, in some instances excessive claw pulling may be an indication that your feline has an injury or infection. Look out for abnormal nails, red spots, swelling, cracked, or bleeding paws and take your pet to the vet.

Similarly, pay close attention when your cat’s claw pulling behavior is accompanied by other out of the ordinary behaviors such as loss of appetite, hiding for no reason, and aggression. This could be a sign that your cat has a psychological or other medical problem that needs treatment.

Why does my cat bite and pull his nails?

There are many reasons why your cat may bite and pull his nails. For starters, claw biting and pulling is normal grooming behavior and often happens when your cat is trying to remove dirt or when he is removing the outer layer of his claw.

Your feline may also resort to pulling his nails as a self-soothing behavior when he is lonely, bored, or anxious. Excessive nail biting and pulling may also be indicative of a medical condition that requires immediate treatment, so get your cat checked out by a vet if you aren’t sure.

Is it normal for cats to bite their nails?

Yes, it’s normal for cats to bite their nails. But excessive nail biting in your feline may be an indication of an underlying medical or psychological condition that requires immediate attention.

Can cats trim their own nails?

Cats can keep their nails in order by using scratch posts to keep them sharp and clean. However, your feline may benefit from an occasional nail trim from you, especially if their claws are overlong or becoming thickened with age. Just make sure you don’t cut your cat’s nails too short  such that they end up with an injured claw.

How do you get your cat to stop biting their nails?

You’ll need to find out why your cat is biting their nails in the first place. If they’re doing it as part of their grooming routine then providing your feline with a scratching surface will help.

If your cat is engaging in excessive nail biting as a self-soothing mechanism, you’ll need to identify why your cat might be anxious, lonely or bored and deal with the reasons behind this. Obsessive nail biting due to a medical condition can be solved by seeking treatment from your vet. 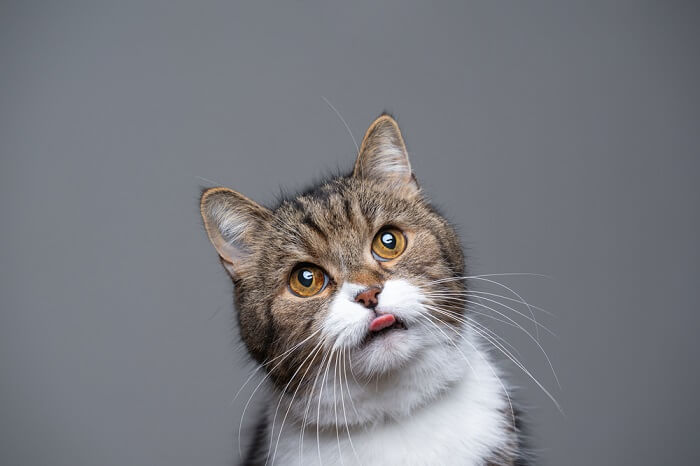 Why Do Cats Stick Their Tongues Out? 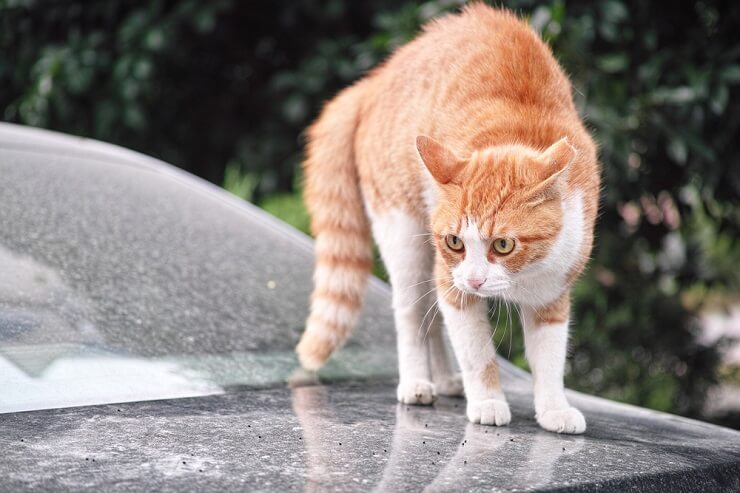 Why Do Cats Arch Their Back? Understand Your Cat’s Body Language 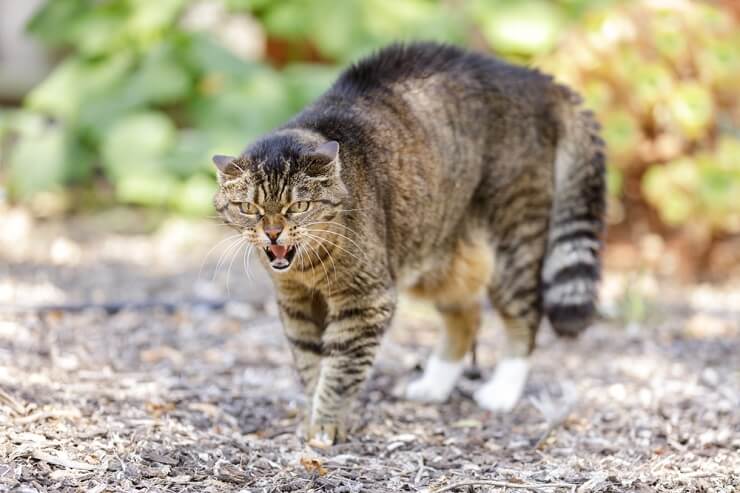 Cat Growling Explained: Why your Cat Growls And Hisses