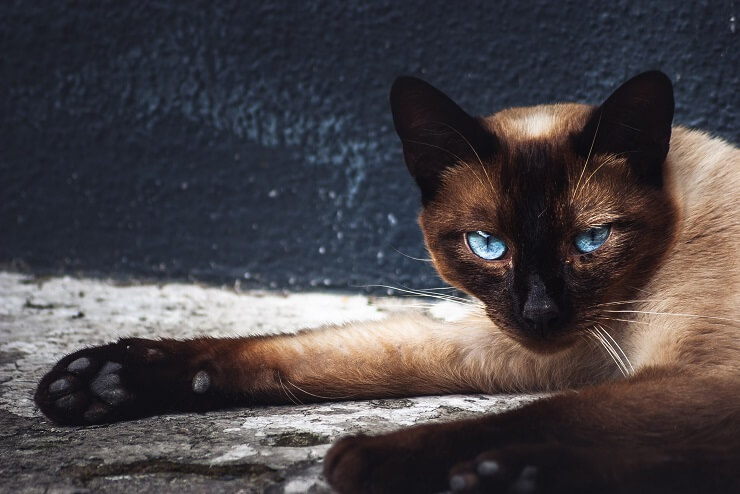 The Siamese is one of the oldest domesticated cat breeds whose origin is Thailand. The name Siamese is derived from the word ‘Siam,’ the former name of Thailand.

Thailand legends have it that the royal families treasured Siamese cats because they believe that these felines would receive their bodies when they died. The 19th United States Presidents’ wife, Lucy Hayes, also received a grey Siamese cat called Siam as a gift from a diplomat serving in Thailand. Siamese cats have also starred in moves like The Incredible Journey, That Darm cat! And The Lady and the Tramp

The Siamese cat is a natural breed with crystal blue eyes, large pointed ears, and a sleek tail. These beautiful coats are short and fine. They are also very intelligent and vocal cats that crave attention. Siamese cats also make excellent family pets as they are affectionate and get along with children and other domestic pets, including dogs. Other breeds like the Oriental, the Balinese, the Tonkinese, and the Havana Brown are all derived from the Siamese

Your Siamese cat pointed markings are a type of albinism resulting from an enzyme that produces color in the cat’s fur. The enzyme referred to as tyrosinase is temperature sensitive and increasing the temperature will always decrease its activity. The result is that at room temperature, your cats coat will have white or cream melanin-lacking hair.

However, in cooler temperatures, melanin is produced which results to a darker coat. This explains why Siamese cats living in warmer climates have light-colored coats and points. Notably, a Siamese cat is often born white as the temperature in the mother’s womb is uniform. The markings develop a few weeks later after the cat is born.

If you’re wondering how many color shades the Siamese cat has, you’re in luck. Below we present to you the different color variations of the Siamese cats. 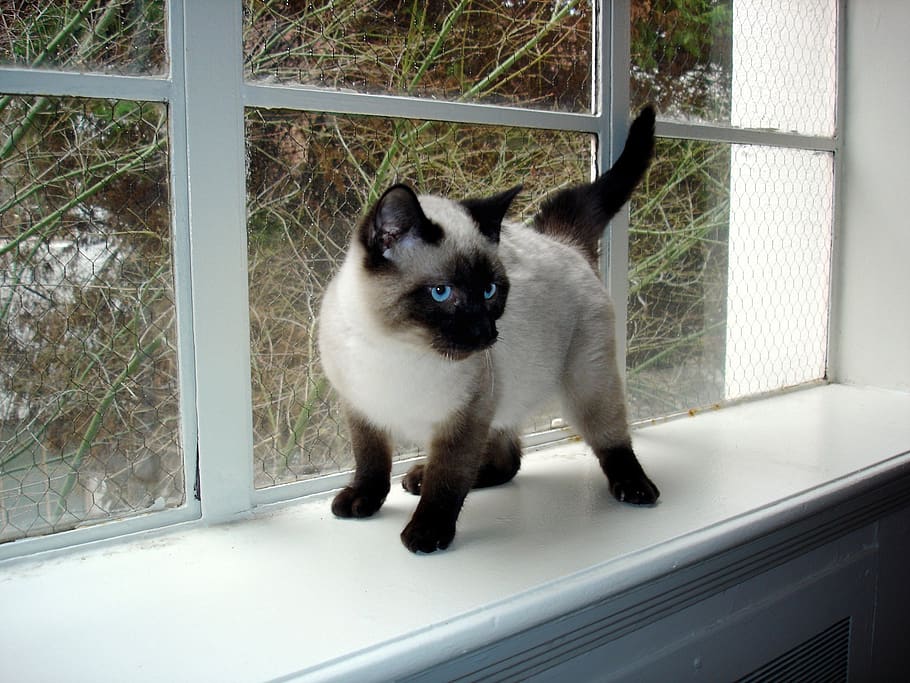 Seal point is considered the classic Siamese color, which was first exported from Siam.

Seal-pointed Siamese cats have a pale fawn or cream coat with dark seal-brown color points on their faces, ears, tails, and paws. The darker points are found on the coolest parts of the body such as the nose and the paw pads. 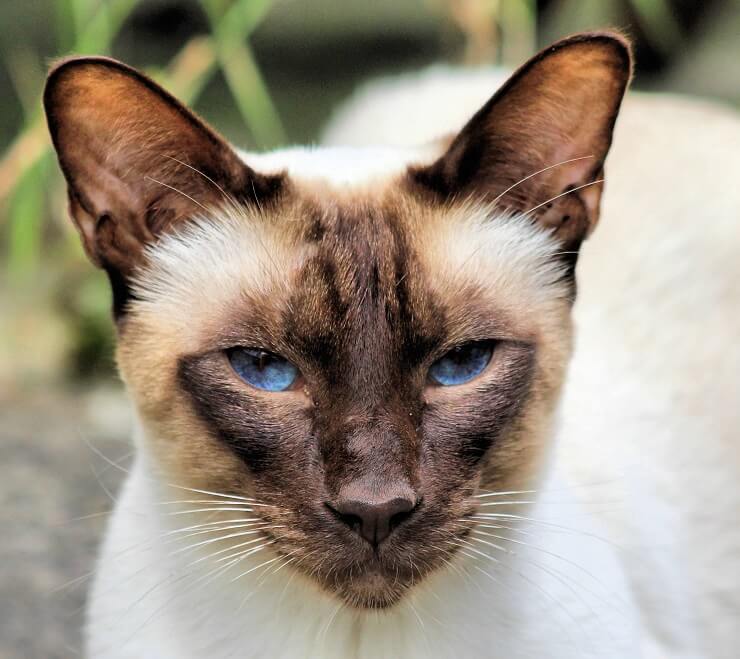 It’s easier to differentiate Chocolate Points and Seal Points as the cat gets older as the Chocolate color points develop slower compared to other colorizations.

Blue-pointed Siamese cats have a bluish-white coat with deep-blue color points. The blue shade may also be on the cat’s backside and under the belly.

The felines’ dark-grey noses and paw pads give a lovely contact with their white-bluish bodies. The Blue Point coat has a beautiful and cool silvery-grey coloring that darkens with age. 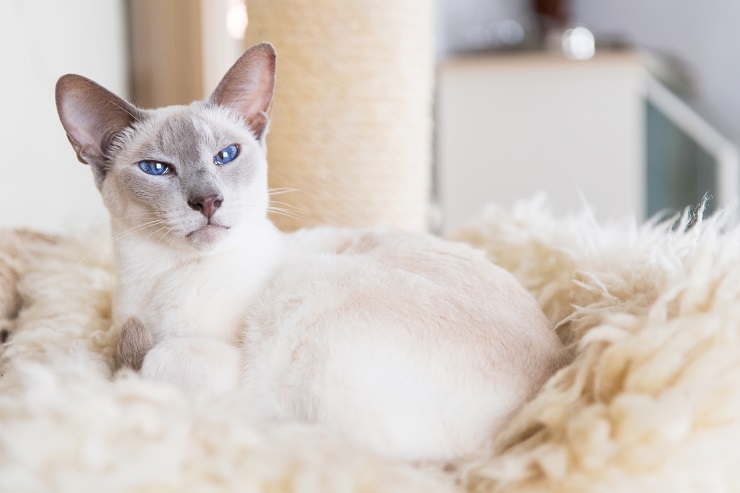 It’s also called Frost Point, and it’s the most famous Siamese cat breed color. Lilac Point is a diluted version of Chocolate Point. It’s also considered a delicate color combination. It comprises of a warm grey coloring with a hint of pink.

A lilac-pointed Siamese cat has a glacial white body with pink-gray color points. The nose and paw pads are cinnamon-pink, making this cat very beautiful. These cats’ coats don’t develop much shading during the first few years but they darken as they grow older. 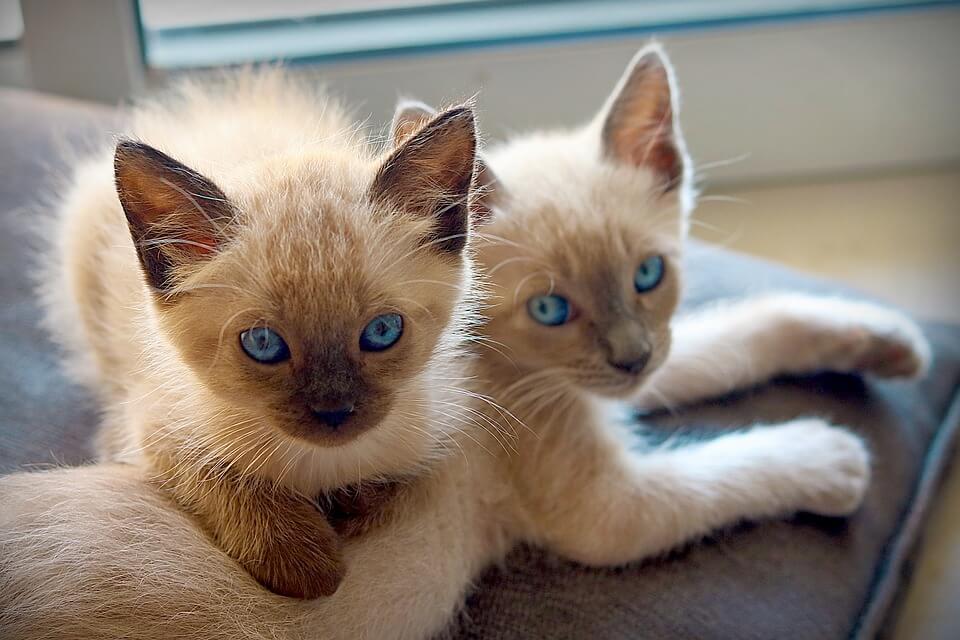 Red-pointed Siamese is a crossbreed of a Tortoiseshell and a red tabby. These cats have warm-white bodies with bright reddish-gold color points on their face, legs, paws, tails, and ears.

A Red Point will also have a pale pink nose and paw pads. Red point is also called orange point or flame point. 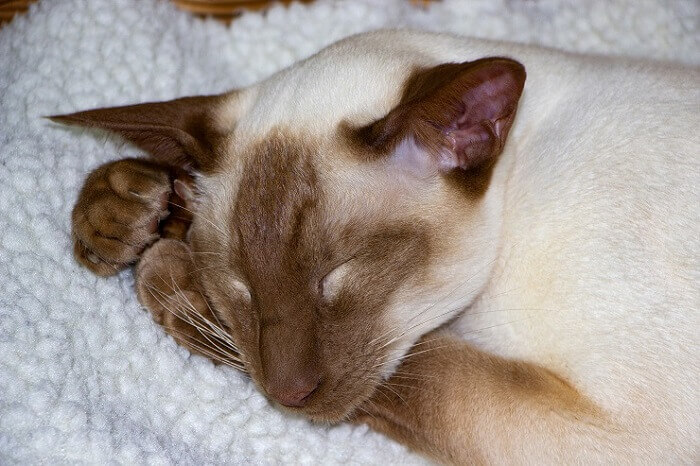 Cinnamon point is a diluted version of Chocolate Point.

Cinnamon-pointed Siamese cats have gorgeous cinnamon coloring across their points and ivory body. They have noses and paw pads of pink or pale-brown coloring. Their legs are a bit paler than the rest of the body.

This Siamese cat is of a gray-brown shade on the extreme with an off-white body. This coloring may darken and will be more concentrated on the nose and muzzle.

This Siamese cat has a white cream body with beautiful cream points.

This cat has rosy mushroom color points on a creamy-white body.

The degree of coloring for this feline isn’t as strong as that of seal, chocolate, or blue-pointed Siamese cats. The Fawn Point also has a pink nose and paw pads.

The Apricot Point may also have pale tabby stripes on her body with an orange-pink nose, ears, lips, and paw pads. This cat’s nose, ears, paw pads, and lips have freckles. 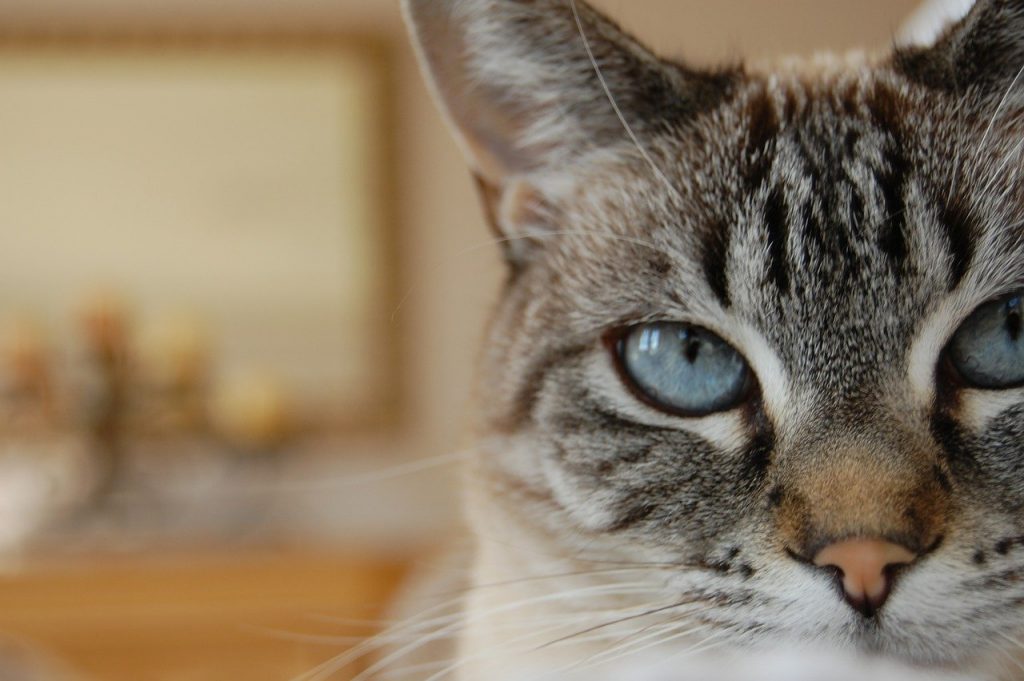 The cats’ points come in different patterns and colors. Tabby points Siamese cats have striped markings on their face, especially around the nose, eyes, and foreheads. The forehead of the Lynx Point has a tabby “M” marking while the ears have a thumbprint pattern. 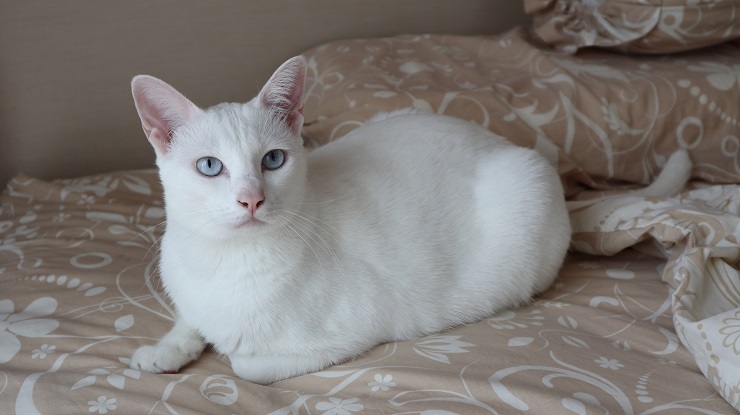 The Foreign White can either be accepted as a separate breed or be referred to as the White Siamese cat.

This feline is a cross of the Siamese cat and White British Shorthair. These felines have pure white coats and lack color points. 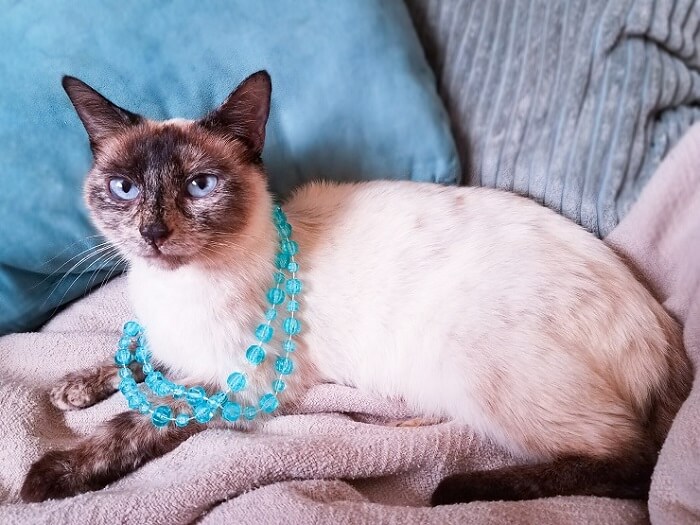 The Tortie Points Siamese cats are of any color except red and cream.

The Tortie point was created by crossing the Siamese cat with tortoiseshell cats of different breeds. Their points are mottled combinations of a dilute or dominant color with apricot, cream, and red shades. Their solid body color perfectly fits with the main color of the points. Torties are always female.  The most common Tortie Points Siamese cats are Cinnamon Tortie Point, Fawn Tortie Point, and Caramel Tortie Point.

In conclusion, despite the different color points, Siamese cats come in beautiful blue eyes. These adorable cats are also very talkative and don’t like being left alone. You should also note that temperature greatly affects the color points of Siamese cats with Siamese cats living in areas with colder temperatures having darker coats. Their color points also develop and darken with age.

Are all color points Siamese?

Do all Siamese have blue eyes?

What is the rarest Siamese cat?

What are the three types of Siamese cats?

The three types of Siamese cats are Traditional, Classic & Modern Siamese. The traditional Siamese is the original cat imported from Thailand. The Classic Siamese was common in the 1950’s, 1960’s and 1970’s. The Modern are the current Siamese show cats.